What went down, and why were there two ceremonies?

Not only did the BAFTAs take a different, virtual, form this year, they also took place over two nights. The move was made to ensure that the craft awards had their own spotlight, and were not cut out of the main broadcast completely.

Instead, the awards for production, costume, hair and makeup design were handed out during Saturday night’s ceremony, hosted by Clara Amfo.

Looking incredible in a blue suit, Clara hosted a panel with film critic Rhianna Dhillon, and actress Joanna Scanlon to present the awards.

She also paid a touching tribute to the sad passing of His Royal Highness Prince Philip, Duke of Edinburgh. The Prince was the first ever President of the organisation.

“Tonight we want to say on behalf of BAFTA that we are extremely saddened by the passing of His Royal Highness Prince Philip, Duke of Edinburgh on Friday.

“The Duke was BAFTA’s very first president over 60 years ago, and was the first in a line of royal patronages all the way through to BAFTA’s current president, his grandson, the Duke of Cambridge.

“It was Prince Philip and Her Majesty the Queen’s support throughout these years that in many ways allowed BAFTA, a leading charity in the arts, to continue in difficult times and to be here today in 2021 celebrating another outstanding year of achievement in film.

“The Duke of Edinburgh occupies a very special place in BAFTA history. He will be missed. Our thoughts are with the royal family.”

Dermot O’Leary and Edith Bowman hosted Sunday night’s awards – we’ve rounded up all the winners for the night.

Could Harry Styles be Launching His Own Beauty Brand? 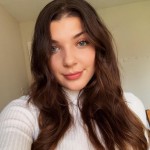