How To Be Emancipated From Your Sibling

by The Femme
Features

One sister shares her story.

“OH MY GOD, you stole the last bit of my [insert favourite chocolate bar here], I’m never talking to you again!” has most likely been screamed up every set of stairs at least once in the lifetime of sibling-hood.

There is no shadow of a doubt that one of the pettiest, funniest and strongest relationships comes from being a sibling. And it is safe to say that this bond is even more intense with twins. My twin and I were born 57 minutes apart, her being the older, louder and far bossier one since the day she brazenly shoved her way in front of me at birth.

Despite our similar appearance, growing up we assumed polar opposite character traits that, in retrospect, complimented each other like just like the perfect aged wine and cheese. I was academically studious and always ducked behind the pages of an open book, whilst she preferred centre stage, performing with the likes of Tim Vine and Nicola Roberts. I had only a handful of close friends and she, a social connector that lit the room up as soon as she entered. I would prefer to carefully craft a diary of feelings whilst she was confrontational (more often than not without thinking). She was popular, I wasn’t. She was loud, I was quiet by comparison.

This lasted until about two years ago when the dynamics between two nineteen-year-olds attempting to find their identities in a sea of hormones, careers, social media, and life adventures began to shift drastically. What I didn’t realise at the time is that the rivalry I faced against my twin would become bad enough for me to type “How to be emancipated from your sibling” into Google, whilst leaking uncontrollable tears with a non-existent state of mental health.

Having my twin be the frontman of our duo set difficult expectations that I felt I had to live up to. Naturally, the circle of friends we shared would always be curious about the both of us and cue the gentle, jealousy-filled rage rumbling inside of me. The issue I faced, along with many others with twins or siblings, is the unhealthy fixation that a sibling is the genetic potential of what I could be. So I compared everything; what we ate, what we liked, how we exercised, what we achieved, how many friends we had.

Despite all the environmental factors (including her living in Australia and me in the UK), I felt basic disregard towards my own personal achievements except when they were better than hers. Her misery became my guilty pleasure and my own mental health fed and sucked life from her failures rather than being the number one cheerleader that I used to be. This was unsurprisingly exacerbated by lockdown. Her freedom and routine, along with her posts on Instagram and Snapchat, would leave me heaving sobs into my pillow. I had given up on myself and instead, turned to morph into something else but, more importantly, a figure I, and seemingly everyone around me, had idolised my entire life.

You might be the ‘beauty’ but your sister might have ‘the brains’… It wrote my destiny and I was miserable because of it.

The phrase ‘sibling rivalry’ is used innocently, if not bemusedly, to describe a light sniping between siblings and encompasses a competitive nature. At times this rivalry is healthy and useful to spark a desire to achieve more. However, this can manifest itself in unhealthy ways too, often not narrated as a problem by society. It wasn’t until I had spoken about the depths of my misery and comparison with my twin to others, family and friends alike, that I realised the commonality of this unhealthy competition between siblings.

Encouraging each sibling to have a passion, or a level of self esteem so as to bring out their identity, sometimes also leads to labelling them. You might be the “beauty” but your sister might have “the brains”. You could be the “athlete” and your brother could be the “science geek”. In my case, my twin had been the “loud”, “creative” one and I had been the “reserved”, “academic”.

It constrained me, truth be told. It wrote my destiny and I was miserable because of it. I didn’t dare dream of overlapping her labels and defending my own with primal ferocity.

But here’s the laughably predictable plot twist. My twin and I are far more alike than we used to be. We are both creative, we both lead active lives and we are both very chatty.

The fear of breaking out from the mould you were assigned with as a child, and growing as an individual is daunting. The fear of releasing yourself from the expectations an older sibling set that drove you to want to be better is very real. The fluctuations in sibling relationships, as with any relationships, change throughout the course of life for better or even for the absolute worst. It’s important to see these shifts for what they are; blossoming personalities, starting new careers or establishing new milestones to name a few.

I realise now that the resentment I held towards my twin was my own fear of breaking my mould and growing in my goals and desires for my life. But this is exciting and should be embraced, normalised and celebrated. Through understanding all of this, we are fortunately much closer now, and whilst I still might not be popular (no surprise there), I will, no doubt, support my twin’s endeavours to start studying at university in September.

We spoke to women who learned to love their bodies during the pandemic.

Top 5 ‘Influ-preneurs’ who are smashing it right now.

Who Said That Politics Isn’t a Place for Women?

The Fight Against the Sexualization of Black Women 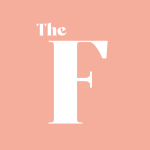